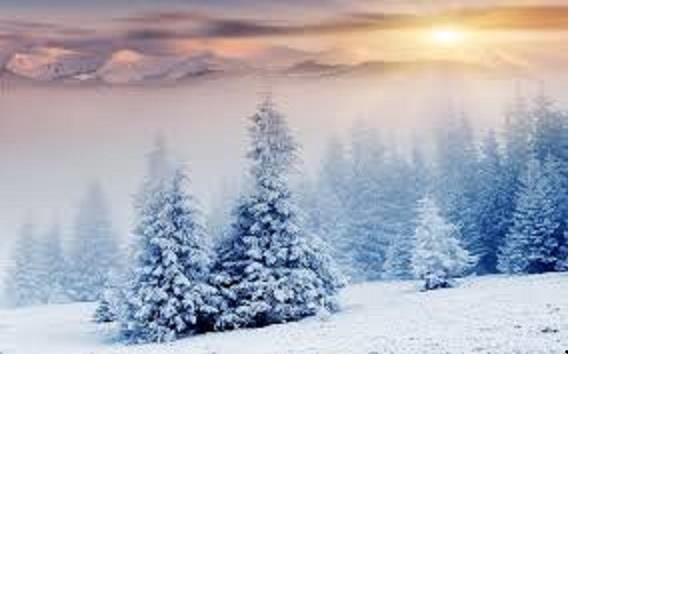 Snow is one of our favorite parts of winter... except when we have to shovel our way out of it! During all that shoveling, however, I had some questions about snow, and decided to look up the answers. Here's what I discovered!

1. Any time it rains when it's pretty cold, the immediate thought is: 'Will we get any snow? How much?' So, when it rains an inch, how much snow is that?

Well, like the answer to many questions — it depends. The general rule of thumb is that 10 inches of snow equals one inch of rain. But this is not always the case. Snow does not always have the same consistency each time it falls. Sometimes snow is lighter and fluffier than at other times, causing large amounts of snow to equal very little amounts of rain. Other times, when the snow is wetter and denser, the ratio can be a lot closer together. So there will never be an exact amount of snow equal to a measure of rain.

2. What is a Nor'easter? Is it really a storm that comes from the north and from the east?

A Nor'easter is defined by the NOAA as "a storm along the East Coast of North America, so called because the winds over the coastal area are typically from the northeast." Those of us on the East Coast generally define a Nor'easter as "a reason to stay home that day."

It is named for the strong northeasterly winds involved, and the storms "generally northeastward and typically attain maximum intensity near New England and the Maritime Provinces of Canada." Of course, the storms bring plenty of rain, snow and gale force winds.

You might guess Alaska for this, but you'd be wrong. In 1921, Silver Lake, Colorado, recorded 6 feet of snow over the course of April 14-15. April?! And we thought Nor'easter season was bad.

4. Is it true that every snowflake is different?

We all heard this in elementary school, and my fourth-grade teacher used to compare us (her students) to those unique snowflakes. It made us all feel special at the time, but I think some of my classmates would be dismayed to find out that Nancy Knight of the National Center for Atmospheric Research found two identical-looking snowflakes in 1988. On the molecular level though, according to Caltech physics professor Kenneth Libbrecht, it is impossible for there to be two completely identical flakes because there are so many different layouts of water molecules. Ouch. All this science is hurting my brain. Better stick to lighter snow questions like…

Yes, absolutely. Just make sure it’s not "yellow snow," if you know what I mean. (Unless you’re making lemon slushies, of course.) Of course, you don't want to eat snow if you're trying to survive in a snowstorm. Yes, it's a source of water, but it'll lower your body temperature if you eat it directly, and that's worse than dehydration