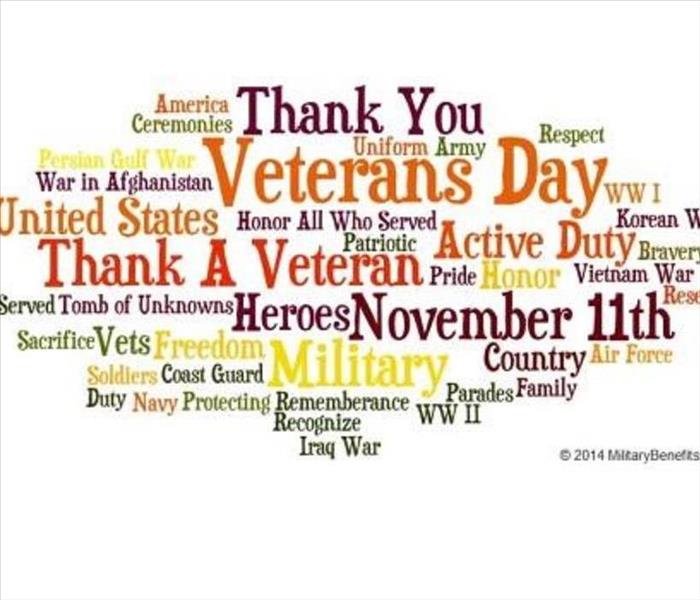 Memorial Day is often confused with Veterans Day. Why? According to the Department of Veterans Affairs:

Many people confuse Memorial Day and Veterans Day. Memorial Day is a day for remembering and honoring military personnel who died in the service of their country, particularly those who died in battle or as a result of wounds sustained in battle. While those who died are also remembered, Veterans Day is the day set aside to thank and honor ALL those who served honorably in the military — in wartime or peacetime. In fact, Veterans Day is largely intended to thank LIVING veterans for their service, to acknowledge that their contributions to our national security are appreciated, and to underscore the fact that all those who served — not only those who died — have sacrificed and done their duty.

The first official observance of Memorial Day was May 28, 1868, when flowers were placed on the graves of Union and Confederate soldiers at Arlington National Cemetery. According to the Department of Veterans Affairs:

The ceremonies centered around the mourning-draped veranda of the Arlington mansion, once the home of Gen. Robert E. Lee. Various Washington officials, including Gen. and Mrs. Ulysses S. Grant, presided over the ceremonies. After speeches, children from the Soldiers’ and Sailors’ Orphan Home and members of the GAR [Grand Army of the Republic] made their way through the cemetery, strewing flowers on both Union and Confederate graves, reciting prayers and singing hymns.

After World War I, the holiday was extended to all soldiers who had fallen in all American wars.

On Monday at Arlington National Cemetery, the U.S. Army Military District of Washington will conduct a presidential Armed Forces full-honor wreath-laying ceremony at 11 a.m. at the Tomb of the Unknowns, to be followed by an observance program hosted by the Defense Department in Arlington Memorial Amphitheater.

According to the U.S. Census Bureau, Veterans Day has its origins in the early 20th century. In November 1919, one year after the armistice ending World War I went into effect, President Woodrow Wilson declared Nov. 11 as the first commemoration of Armistice Day with the following words:

To us in America, the reflections of Armistice Day will be filled with solemn pride in the heroism of those who died in the country’s service and with gratitude for the victory, both because of the thing from which it has freed us and because of the opportunity it has given America to show her sympathy with peace and justice in the councils of the nations. …

In 1938, Congress approved a bill that made Nov. 11 an annual legal holiday known as “Armistice Day” that would honor the cause of world peace, but it was primarily used to honor World War I veterans. In 1954, after World War II, the law was amended, the word “Armistice” was changed to “Veterans” and Nov. 11 became a day to honor veterans of all American wars.